SOLAR PANELS: HOW DO THEY WORK AND FUNCTION?

I bet you have heard and read about solar panels many times, but you are still wondering what they are and how do they actually function in practice. This blog gives you the basic definition of solar panels and provides you with visual demonstration of the science behind the solar panel technology.

The infographic below was provided by TheSolarCentre.co.uk where you can find more info on solar energy (also to learn more on this topic follow Lightinus on Facebook and Twitter).

WHAT ARE SOLAR PANELS?

Solar panels, also referred to as photovoltaic panels, are built from a large number of individual solar cells, also called photovoltaic cells. The greater the number of solar cells, the more effective the solar panel functionality. The main thing to know about solar panels is that they absorb the sunlight and convert it into power that can be used for many different applications (street lighting, heating systems, machine installations, charging of phones, cameras, signage and many other energy driven devices). The generated energy is either stored in special solar batteries for usage at convenient times or streamed directly in the grid.

The first solar panel was manufactured back in 1954, and since then, the use of solar technology has been rapidly expanding.

WATCH VIDEO ON TWITTER: HOW SOLAR PANELS ARE MOUNTED ON STREET LIGHTING POLE IN THE WORKSHOP 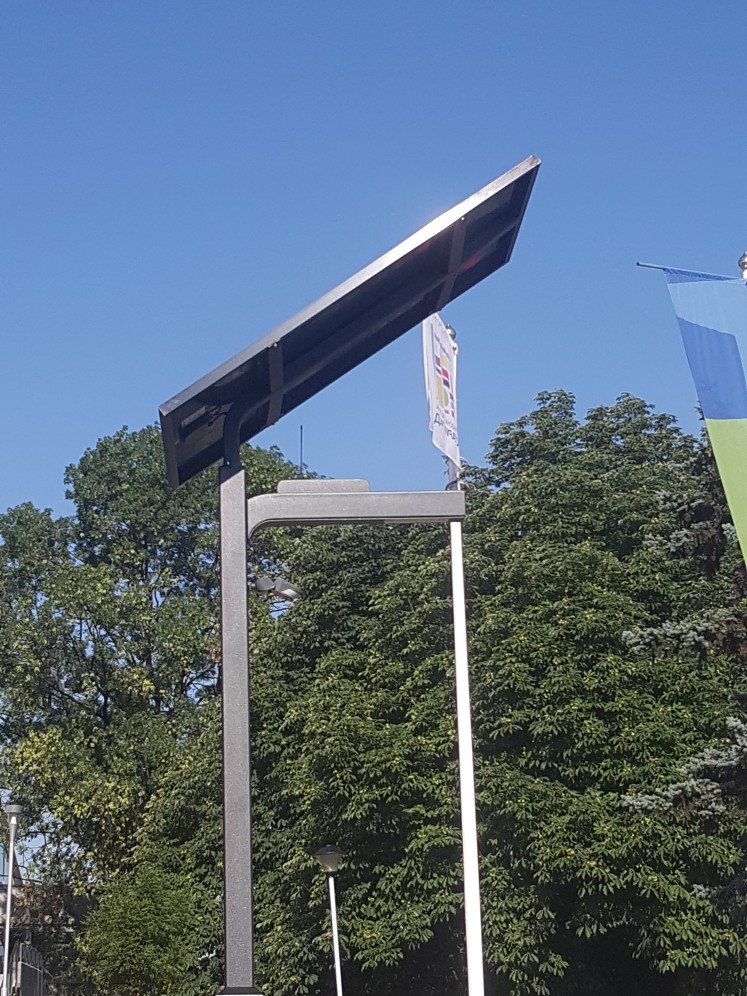 HOW MUCH ENERGY DO SOLAR PANELS PRODUCE?

s the amount of sunlight that reaches the surface of the solar panels increases, there is a proportionate rise in the production of electricity by the panels. Solar panels operate most efficiently when they are directly exposed to sunlight. They are installed or mounted towards the sky at the most appropriate angle based on the given location, most often on the surface of roofs of buildings or on top of street lighting poles.

The electricity produced by solar panels can be transferred as power source directly to connected devices for immediate consumption. A special component called inverter, enables the Direct Current (DC) generated by the solar cells to be used for consumption by devices and applications which usually run on Alternate Current (AC). Another possibility is to accumulate the electricity produced by the panels in solar batteries, which are the most essential component of every solar off-grid system. The power stored in the solar batteries can be used during the night, for example in the case of solar street lights, when the solar panel function is in standby mode.

With solar energy applications rising exponentially worldwide, this blog will hopefully prepare you to discuss in more detail next time when you face this topic or provide you with better knowledge to design your own solar system. We are happy to answer any questions you may have. Subscribe to our blogs below for more information on other solar system components.