We are living in the culmination of the digital information age. Our homes and workplaces are filled with smart gadgets and we carry smart portable communication devices wherever we go. Smart technology is used to increase efficiency in all aspects of our lives, yet our cities do not seem to be taking full advantage of the technological advances available today.

Cities are predominantly powered by electrical grids. About 66% of electricity is generated from fossil fuels  such as oil, gas and coal. Every street light and outdoor application connected to the city’s electrical grid contributes to pollution, high CO2levels and global warming as it is predominantly powered by burning of fossil fuels. Most cities also lack Big Data or Internet of Things (IoT) platforms which could help in urban planning development by recording both urban and environmental data, helping them become “smart”, environmentally friendly and more energy efficient. The best thing about smart technology is the ability to control, monitor and manage outdoor applications, such as solar street lighting, in order to implement the most effective energy management system that will benefit the environment among other aspects, such as energy efficiency, cost savings and long-term performance reliability. This blog will outline some of the smart solar street light features that can help cities make a contribution towards cleaner environment.

Currently there are over three hundred million street lights in the world. They are connected to electrical grids which are ultimately powered by “dirty” energy sources in most cases. Current street lights are obsolete, inefficient and contribute to pollution and global warming. Their inefficiency means they require more energy consumption, thus demanding massive production of fossil fuel driven energy and emitting more greenhouse gases to make them functional. Modern, LED lights powered by solar energy can reduce emissions by over 50%, highlighting how inefficient and environmentally unfriendly current outdoor sodium-based or HPS lights are. Solar street lights offer off-grid, ‘green’ LED light source. They are powered by renewable energy and could help our cities become greener and smarter at the same time. 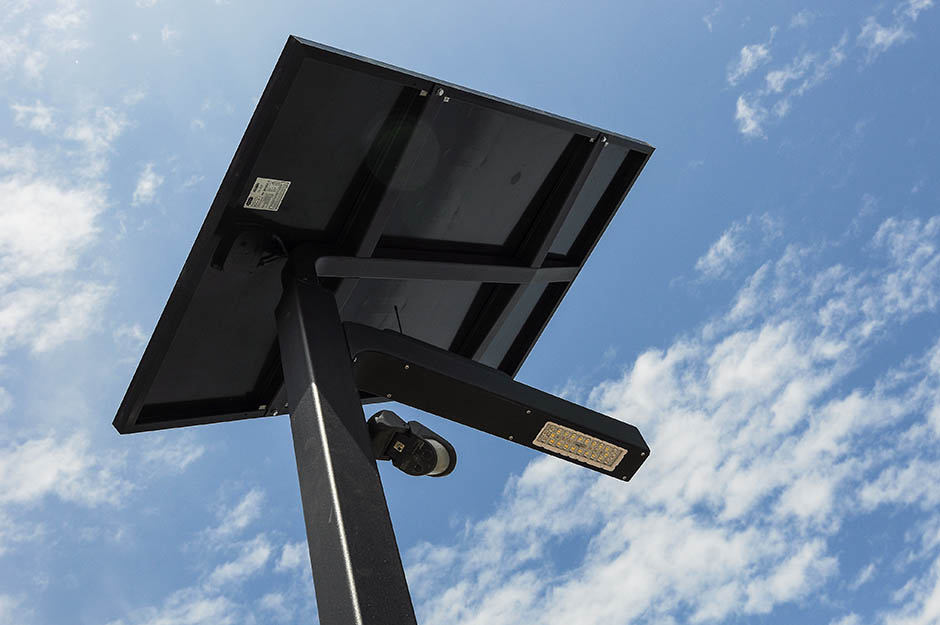 Outdoor lighting can make up between 20-40% of a city’s energy budget.  In addition, lighting accounts for up to 6% of global CO2 emissions.  Solar street lights could reduce both figures drastically. There is an initial fee for installation and then a minimal maintenance cost when the system is controlled by intelligent technology, but the power itself comes from the sun and it is free! As more investment and research is allocated to improving solar technology – the efficiency of solar panels, solar street lighting applications will increase every year. This will lead to a further reduction in energy budgets for cities and municipalities that decide to implement solar street lights. 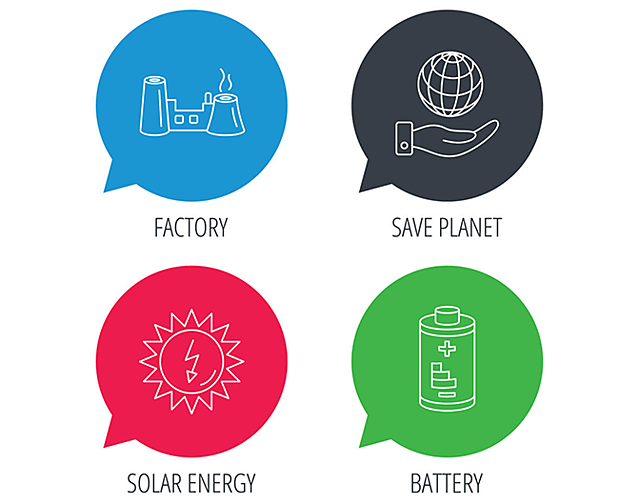 Solar street lights do not emit any greenhouse gases and contribute to reduction of CO2 levels. Yearly, CO2 emissions are over 36 gigatons. If all street lighting was sourced with solar power, that would mean over 2 thousand billion kilograms less CO2being released into our atmosphere annually, significantly decreasing the greenhouse effect and reducing global warming.

Smart solar street lights use smart technology to increase their efficiency, performance and functionalities. They are equipped with motion sensors and dimming functionalities and are able to send and receive data via wireless communication technology. Their energy usage can be monitored and each unit can be controlled remotely 24/7. Their luminosity levels can be adjusted according to the cities’ needs, giving more control of solar energy generation and consumption while decreasing light pollution. Remote management control allows for most servicing problems to be fixed with less resources and in a shorter period of time, reducing the maintenance costs by as much as 80%. 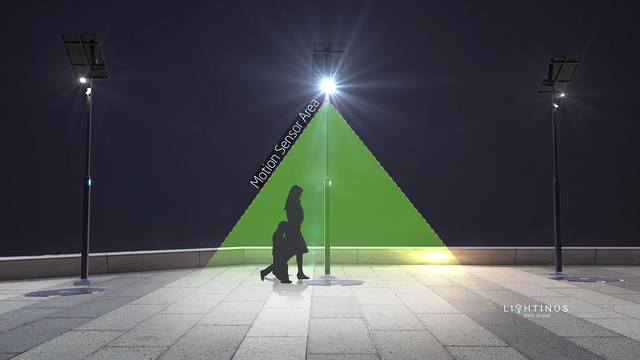 Apart from using smart technology for a more efficient energy management, smart solar street lights can incorporate a diverse range of environmental sensors as part of a big data (IoT) platform. These sensors can detect various pollutants, record the temperature and even the levels of traffic in its surroundings. Multiple smart solar street lights could cover different points in a municipality providing an opportunity for effective data collection and dissemination for analysis. This information could be used by city councils to improve urban design planning and further decrease both the cost and the city level pollution factors. For example, having accurate data on traffic frequency in different areas can be used to divert passengers and make transport more efficient, reducing fuel usage by cars and delays (as well as saving the nerves of drivers stuck in traffic). 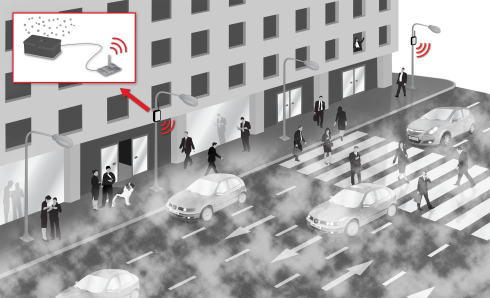 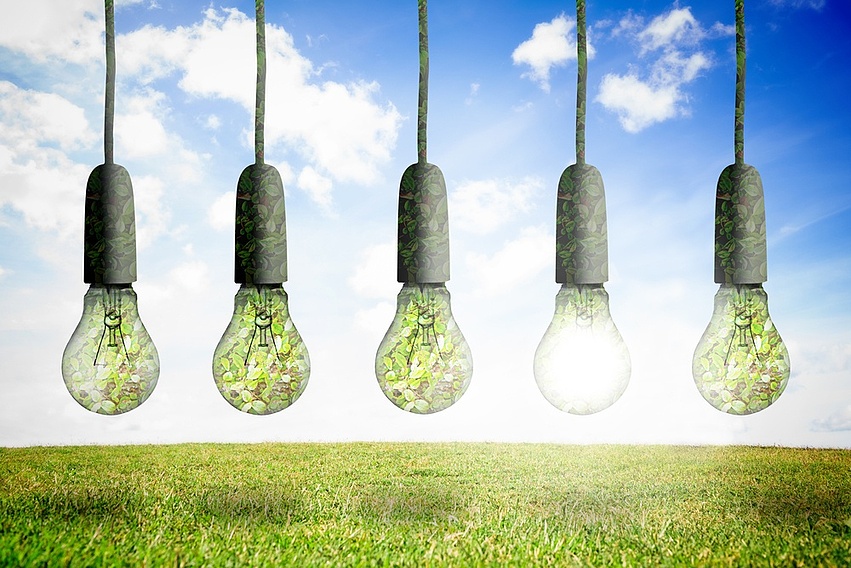 In 2016, an estimated 54.5 per cent of the population lived in urban settlements. This is projected to increase to 60% by 2030. Meanwhile, modern cities face a myriad of problems. They are based on decades-old urban plans and are powered by fossil fuel driven energy with inefficient energy management. On top of that, they lack the data collection mechanisms which would increase their efficiency and give them valuable clues as to what needs to be improved and changed in their urban design landscape. 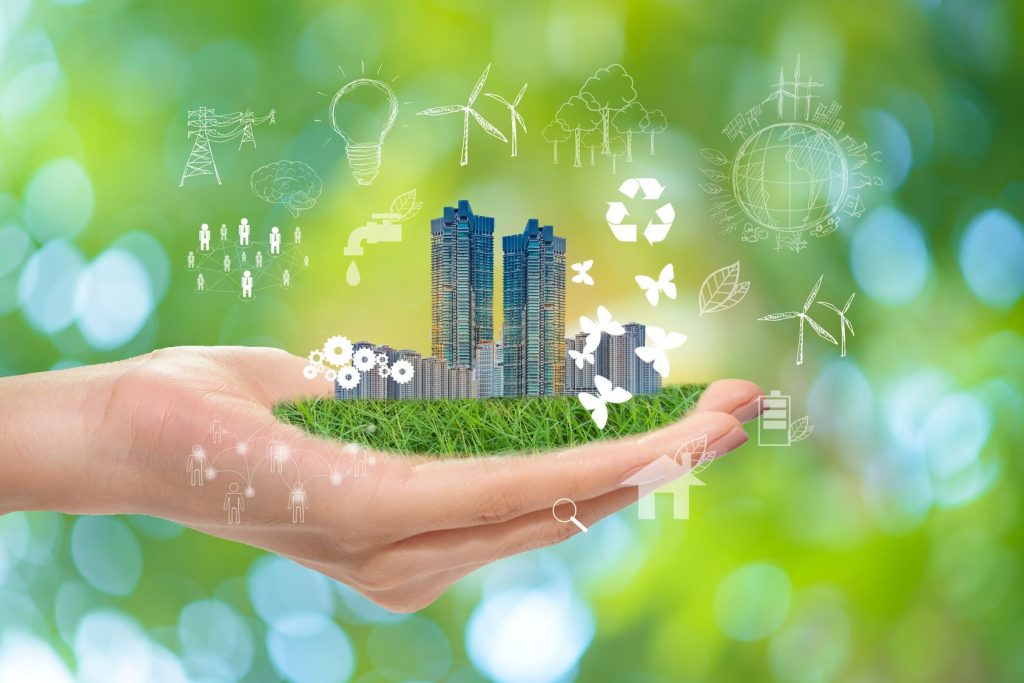 Future ready cities will need to revert from fossil fuels, both because of their hazardous impact on the environment and the fact that these resources will soon run out. Old outdoor street lights have no place in a modern city. They are part of the aforementioned problems and offer no adequate solutions. Aside from their inefficiency and polluting factor, their reliance on the electrical grid system makes them more vulnerable to power outages, as in the case of natural disasters.

With more environmental data readily available for analysis, scientists will better understand the impact of energy consumption in cities. Its effect on the environment will be more transparent, allowing for a more detailed research that will in turn lead to more sustainable solutions. Smart technology applications will play a big role in future city planning. 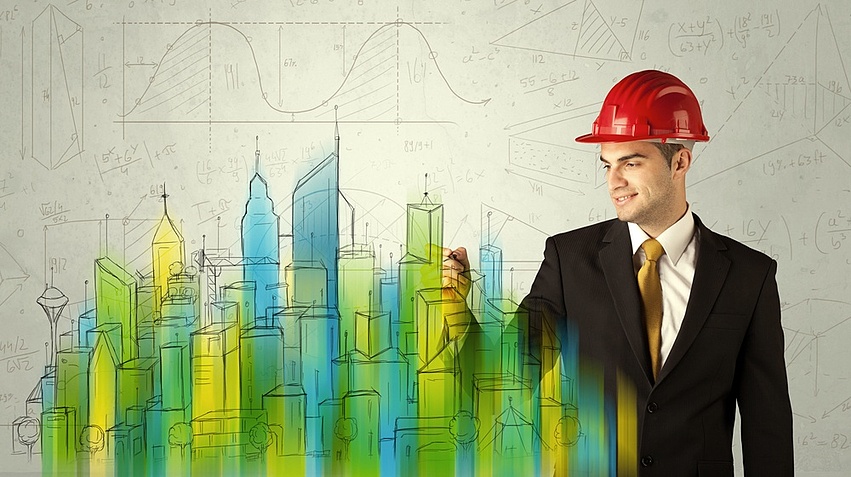 Overpopulation requires effective urban planning to make cities functional. The demand for energy will increase as more households need lighting and as the number of power-consuming devices increases. Traffic will need better monitoring systems in order to avoid traffic jams and accidents.

Smart solar street lights fit perfectly in the landscape of cities of the future. They offset future increases in energy demand by offering clean and sustainable LED light source. They also provide cities with data collection mechanisms that can improve urban planning while running on renewable energy. Replacing our old street lights with smart solar street lights would be a big step in making our cities both greener and smarter.

Download our e-Book below to find out how smart solar street lights can contribute to this shift in technology, energy management and environmental protection…