There’s no denying the benefits of solar energy – it is free, renewable and most importantly, good for the planet. While solar energy technology is increasingly finding its way in many applications, one area that is expanding rapidly and growing in energy efficiency and performance is the development of solar LED street lights. These environmentally friendly solar street lights are quickly growing in implementation, with nations around the globe using them to replace existing halogen or sodium street lights. However, many are still not fully aware of the long-term savings of the solar energy lighting systems, leading to a commonly asked cost efficiency question – are solar street lights low maintenance?

To answer this question, you first need a basic understanding of how modern smart solar street light function. The technology uses a solar cell which converts solar energy into electrical energy; this energy is then stored in a solar rechargeable battery.When it gets dark, the solar street lights switch on by using the battery power that was stored throughout the day. This process of converting solar energy re-occurs every day, ensuring that the solar LED street lights are powered during the night.

Minimal wiring: Traditional street light connections require extensive wiring, which then makes them more vulnerable to maintenance issues. Damage to just one wire could result in the entire neighborhood’s public lighting to be out of action. Solar street lights require no additional wiring, making them self-sufficient, and far less vulnerable to an entire street being without light at once. If one light fails, it will not impact others in the street, so light maintenance won’t be as urgent if a failure does occur. 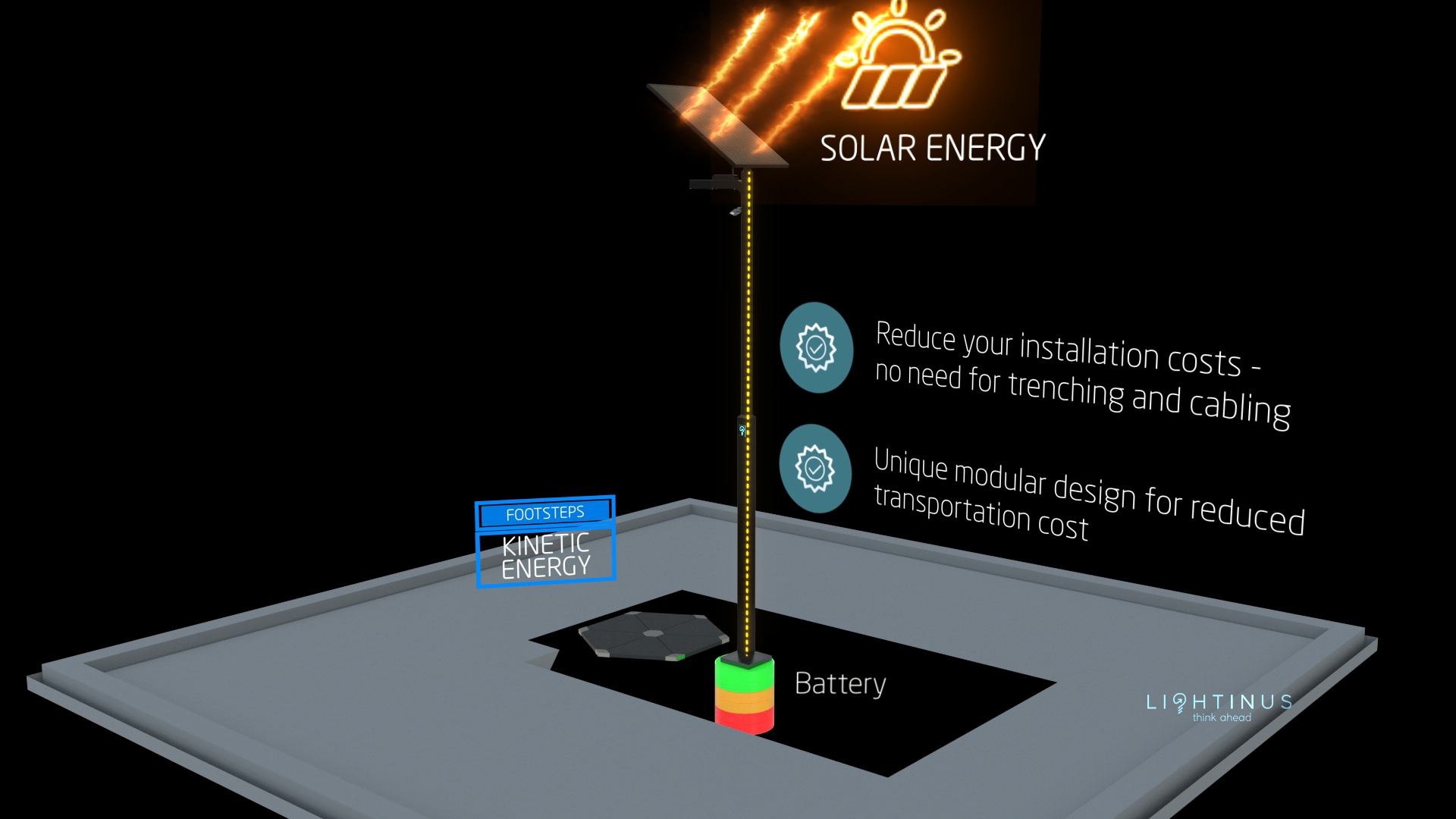 Longer lifespan for globes: Traditional halogen street light globes require regular changing due to their limited lifespan (once the filament wears out or is damaged, the globe must be replaced). When solar street lights are installed, the traditional halogen light globes are replaced with energy efficient globes (typically either solar induction globes or LED globes). With an average lifespan of 10,000 hours of use for induction globes and up to 50,000 hours for LED globes, the solar street lights will produce years of strong light without the need for regularly globe changing, effectively reducing one of the most common maintenance issues for street lighting. For a complete financial cost indication of solar street lights, click on the image below.

Operates in bad weather: During a bad weather event or a natural disaster, one of the first things affected is often the supply of mains power. However, solar street lights that operate independently and have smart remote management system in place, will continue to run throughout extreme weather events, providing illumination in areas that may have lost all other sources of light. In the aftermath of these events, the solar-powered street lights are less likely to require repair due to the use of more durable LED lights and the real-time monitoring functions of the solar light system. Even if some solar lights are damaged in an extreme natural disaster, most of the solar light infrastructure is likely to be still running, thus providing outdoor light and emergency functions for the community.

From passive solar design to new innovative technology, solar is transforming the way we think about energy and it’s impact on the environment. Making the switch to renewable energy is the logical step. With nominal running costs and reduced maintenance, this environmentally friendly solution to street lighting is undoubtedly the way of the future.
If you are interested to learn more about smart solar LED street lighting, read our e-book below.